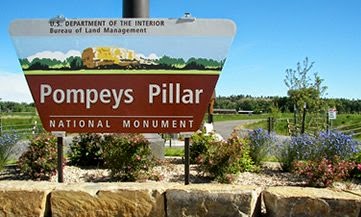 
What the president can do for conservation

Many politicians--mostly Republicans (and some Democrats as well) are complaining vociferously about the 1906 Antiquities Act that provides Presidents the authority to designate National Monuments, and Rep. Bob Bishop [R-Utah] has recently shepherded a bill through the House of Representatives to "gut the law," as Babbitt notes in his May 26 HCN guest editorial.

A few months ago, I attended a meeting in Bozeman to hear from Sec. of the Interior, Sally Jewell, and Montana Senator Jon Tester. A question from the audience to Sen. Tester asked if he thought the President would consider a new National Monument(s) for Montana. Tester said he would oppose such a thing "without a lot of local support." Sec. Jewell seconded Tester, saying she too would have to see significant local support. No mention was made of the non-local citizens of the other 49 states and what they might support for their public lands in Montana.

In 1943, Franklin Roosevelt created the Jackson Hole National Monument, vastly expanding the tiny Grand Teton National Park that had been established in 1929. Roosevelt acted in the face of overwhelming local opposition including the entire Wyoming congressional delegation, all but a few members of Wyoming State Legislature, the Teton County Commission, the vast majority of the people of Teton County, and the U.S. Forest Service. Wyoming Senator Edward Robertson called the Monument "...a foul stinking Pearl Harbor blow," and locals predicted the Monument would ruin forever the economy of Teton County. Yet today, praise for the Park from every quarter is essentially unanimous. History has shown FDR’s wisdom and political leadership was right for America.

In Utah, Rep. Bishop’s home state, there are five National Parks. They're the pride of Utahns, and an enormous economic asset generating nearly seven hundred million tourism dollars a year. Four of those five Parks were originally set-aside by American presidents as National Monuments.

If the" local support" that Sec. Jewell and Sen. Tester want for any new National Monuments had been required for the creation of National Monuments in the past, Americans visiting the valley of Jackson Hole today would likely see wall to wall condos, honkytonks and worse . Likewise, four of the five now-cherished National Parks in Rep. Bishop's home state may never have happened.

Some local support is helpful, but what's really needed for the conservation of America's extraordinary landscapes today is foresight and political leadership. Babbitt has it right. Does Barack Obama?


by Rick Reese
Bozeman
Posted by Wildlife Advocacy at 2:00 PM No comments:

My Thoughts and Observations by Bernard Lea

I am 76 years young, retired, and try to keep up on the politics and events of the day by watching the cable news on TV along with ABC, CBS and NBC networks. I read Newsweek magazine and the Billings Gazette Opinion page, The Outpost and other pertinent articles.

As I read and watch these different news networks, I am reminded of my grade school classroom days when we were learning government and civics. If I remember correctly, our government is the only democracy in the world that was conceived on the idea that if we were to be successful, we needed a true capitalistic financial system. The capitalistic system was based on competition. What happened to this concept? Where is the competition in the oil and gas industry? As soon as one station changes their price, it automatically changes to same price at every other station. With the latest Supreme Court decision, the rich have finally arrived at the “Golden Rule”, those with the gold will rule. As I watch the debate on TV, does anyone really believe that a $35, $50, or even $100 will receive the same amount of consideration as the donor who gave $1,000,000 or more?

I heard one Congressman make a statement the other day that the reason he didn’t support extending the unemployment insurance is because there should be some means testing. They are sure there are some individuals that are married and one is earning maybe $90,000 per year and their partner is laid off and wants unemployment. I hear no means testing being discussed in Social Security or Medicare. I am sure there are some Billionaires that do not need Social Security or Medicare. Also, I didn’t hear any talk about means testing when they passed the Farm Bill. I read an article several years ago that 70% of the grazing leases on public lands, Forest Service and Bureau of Land Management, are held by 20% of the largest corporations in the US.

I have a suggestion to solve the majority of our financial woes in the U. S. Congress. They need to pass 2 bills. The first one would eliminate the Citizens United ruling handed down from the Supreme Court. The second bill, it could be done on the same day, would be a bill that would state that any person or lobbyist could meet with any congress person at any time, but they have to leave their checkbook in the car. This idea is supported by the recent decision in Arizona regarding the state bill that would allow businesses to not serve gays and lesbians. There was a big uproar concerning religion, but it appeared the decision the Governor made to veto the bill was only after the Chamber of Commerce, local businesses and finally the news that the Super Bowl may not come to Arizona next year if the bill was signed into law. All this is based on dollars. One other thing congress should do is amend their Pledge of Allegiance to “one nation, under God, and the Dollar” with Justice and Liberty for all”. As soon as we take the money out of politics, this country will be on the right track. Too many decisions made by congress are based on the amount of campaign donations.

Also, what about a “trickle up economy”? When the unemployment rate gets to around 4 to 5%, with corporations and other businesses providing a somewhat living wage with benefits, THEN they get a tax break. It just seems the corporations and businesses should feel obligated to support the employees that worked for them and allowed them to make the profits they now enjoy.

One other comment, for those that are in agreement that the federal lands, BLM and FS, should be in private or State ownership. Think about this, if those lands ever come up for sale, the way congress works, by the time the adjacent landowner learns they are on the market, they will probably already be committed to a campaign donor. You will not even have the opportunity to bid. And also, do you think the new owner will let you graze those lands at the current rate of $1.34 per AUM? This is even if you get to graze them at all. Think about it.