"Why is it so easy for the few in power to govern the many?"

~ David Hume
On The Trail Podcast

In this episode we are going to be laying some groundwork – Trail signs if you will, because things are not always as they seem, and sometimes, there is outright deception and manipulation going on. Forewarned is forearmed.

Trail Signs assists in laying the groundwork of what I will be building on in almost all the future episodes of this podcast, signposts along the trails, which will include a diverse array of interviews. So I would like to share a trail I have been on for the last 4 years now, involving communication psychology; to help you to see what I saw and continue to see, once the warning signs were pointed out.

First I cover Antidote To Apathy - a 2008 TedTalk by Dave Meslin. Meslin re-examines apathy, explaining most is a complex web of intentional obstructions that reinforce disengagement.

Next I cover Noam Chomsky's 10 Strategies of Manipulation by the Media.

Then we follow up with a retired CIA military analyst's suggestions on coping and boundaries, because we can't just give up.

Finally, I share a clip of an interview, Path to Authoritarianism, with historian and author Timothy Snyder - checks and balances, we can all do something. 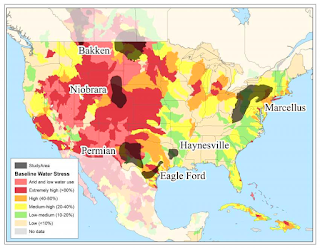 That means we are losing potable water forever in many semi-arid regions of the country, while simultaneously producing more carbon pollution that in turn is driving ever-worsening droughts in those same regions, as fracking expert Anthony Ingraffea, a professor at Cornell University, explained to ThinkProgress.

The game-changing study from Duke University found that “from 2011 to 2016, the water use per well increased up to 770 percent.” In addition, the toxic wastewater produced in the first year of production jumped up to 1440 percent.

Journalists Are Not The Enemy - Boston Globe Call To Action

Which brings up an update. After reviewing my audio files from the Gianforte assault of a journalist case, I found that the file for the on scene interviews, which included the only interview Gianforte gave, was missing. After contacting Gallatin County to have it sent to me, on Aug. 6th, I was told that it wasn't just missing from the CD sent to me, but was missing from the documents sent to Judge Holly Brown for approval to be released, so they have to put that file before her for release. I was told this should not take as long as the original request, which was about 3 months. As soon as I receive the missing file, I will be able to launch the page with all the information.

Science under Trump Voices of Scientists across 16 Federal Agencies Report - 63,000 scientific experts employed by the federal government surveyed by Union of Concerned Scientists.

"The results should be disturbing to anyone who believes that government science has a crucial role to play in making the United States a safer, healthier nation. Federal scientists describe a broad range of problems, including workforce cuts, censorship and self-censorship, political interference, and undue industry influence. Unsurprisingly, these problems have taken a toll on morale, making it hard for scientists to do their jobs effectively." 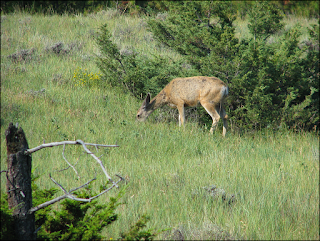 "There is no other conifer species that rivals the dense foliage provided by juniper trees, which provide hiding and thermal cover for elk and deer as well as high-quality cover for birds during bad weather, including heavy rainstorms in the summer, and fall/winter/spring snow storms."

Another unique value of juniper trees is their production of up to 20,000 juniper berries per meter squared. Theses berries provide a high energy food source for wildlife in the fall when insects have died out and are also available to birds in the winter in spite of deep snows.


Ravalli Commissioners insult, attack Montanans
"We are four of the Ravalli County residents pictured in the yard signs and billboard that hold our county commissioners accountable for dismissing their constituents who want to have a say in the future of our public lands, especially our wilderness study areas (WSAs).

Last week, the Ravalli Commissioners sent a letter to Attorney General Tim Fox asking him to investigate a list of Montana-based conservation and sportsmen groups for unspecified reasons, groups to which we belong. Our Land, Our Legacy - a group of Montanans defending the state’s WSAs - is on that list. With support from Montana Wilderness Association, Montana Wildlife Federation, The Wilderness Society and National Wildlife Federation, Our Land, Our Legacy sponsored the yard signs and billboard."

Politics is not a spectator sport

"Since the days of Greece and Rome, when the word 'citizen' was a title of honor, we have often seen more emphasis put on the rights of citizenship than on its responsibilities."
~ Robert Kennedy

On The Trail Interview - Kelly Kortum


Montana Democrats 2018 Platform Convention - Kelly Kortum Interview
On The Trail interviewed Kelly Kortum, a Bozeman progressive activist and Vice-Chair of the Gallatin County Democrats. Kelly walks us through a platform convention process, explains some of the new Montana Democratic Party 2018 Platform planks and shares his advice on how to get involved at the local level, because politics is not a spectator sport. Democracy is government of the people, by the people, for the people.

Some of the new planks added by Gallatin County are:

- We support open, free, and transparent elections, including Montana's open primary election, which encourage open participation by all citizens, acknowledging that one person's voting power is equivalent to every other's.
- We support healthcare as a human right.
- We support freedom of speech, press, and universal access to information through any media, including the internet.
- We oppose the transfer, or the transfer of management, of federal land to state, county, or private control.
- We oppose the inhumane separation of immigrant families at the border.

Other central committees and ally organizations also passed some important amendments such as:
- We support the overturning of Citizen's United.
- We oppose efforts to remove or limit health insurance protections for people with pre-existing conditions.
- We support Net Neutrality and the ability for all Montanans to access a free and open internet, which is essential to innovation and a competitive economy.
- We oppose the erosion of labor rights of all employees.
- We oppose a statewide general sales tax.
- We support protecting access to public lands and streams so that Montana's outdoor heritage can be enjoyed by all Montanans and future generations.
- We must address the epidemic of missing and murdered indigenous women in Montana

But the fact that the congressman limited testimony to three individuals didn’t sit well with many in attendance — including a contingent who chanted 'Listen to the People' from the Ravalli County administrative office’s front lawn at one point in the briefing. Field briefings are limited to invited participants."

All five commissioners signed off on the letter that claimed they, as local elected officials, had been 'attacked by well-funded organizations who engage in blatant and extremely misleading political activity with little or no public discourse on how much money is being raised or from whom the funding is generated.'

A former county commissioner who now works for a Ravalli County-based environmental organization said the commission was duped into moving forward with its request by a corporate-funded Washington, D.C., lobbying firm that specializes in attacking labor and environmental groups."


Whose dark money should be investigated? by Don Thomas
"On August 1, the Ravalli County Commissioners signed a letter to Attorney General Tim Fox calling for an investigation into seven Montana conservation organizations, including some of the state’s oldest and grassroots advocates for public lands and wildlife. The Commissioners claimed that they had been 'attacked by well-funded organizations who engage in blatant and extremely misleading political activity.' The letter provided no specifics about the 'attacks.'

The 'evidence' for these allegations consisted of screeds provided by the Montana Outdoor Coalition (MOC) and the Green Decoys advertising campaign. This material originated from the Environmental Policy Alliance (EPA), created by notorious Washington DC lobbyist Rick Berman, which has a long history of organizing front groups to promote the tobacco industry, oppose environmental regulation, and support climate change denial."

I just did a podcast interview with Don Thomas on this very subject before the Ravalli County article came out. Our "Green Decoy" ears must have burning.


Ryan Zinke’s real scandals are worse than chartered planes and conflicts of interest by Dan Bucks, former Montana Director of Revenue.
"In a recent article headlined 'Stinky Zinke,' the Huffington Post describes a slimy trail of scandal Zinke has blazed through his office, prompting 11 investigations of his conduct. The sweetheart Halliburton land deal, secret meetings, expensive trips on charter planes and helicopters, and several cases of mixing partisan politics with Interior business — all these and more are on the list of Zinke’s alleged abuses, wasteful spending, and conflicts of interest.

While clever headlines and charges of personal misconduct attract public attention, they are less important than Zinke’s decisions to favor oil, gas, coal and mineral extraction over other multiple uses of federal land–decisions that will impose huge and lasting damage to federal lands, public treasuries, and local communities...

This decision continues Zinke’s pattern of using federal lands to create a “triple threat” to the public interest:

1. Granting enormous financial benefits to energy and mining companies at the expense of U.S. taxpayers, states, tribes and communities,
2. Damaging the lands, water and air and accelerating climate change for generations, and
3. Blocking or limiting the use of federal lands for conservation, recreational, historical, and sustainable economic purposes.

To make matters worse, Zinke’s actions often cut the public out of the decision-making for the management of public lands...

The real scandal is this administration’s lack of proper stewardship of public lands that should be available for the enjoyment of generations to come."

Corporations have been working to weaponize the First Amendment for decades
"But perhaps the most damaging Supreme Court decision handed down on First Amendment grounds was Citizens United v Federal Election Commission, which found in 2010 a right to unlimited spending by corporations and unions and other organizations on campaign advertising. Citizens United is a conservative non-profit political action organization headed up by David Bossie, who took a leave from the group in 2016 to serve as deputy campaign manager on the Trump campaign... Citizens United v FEC found as unconstitutional the campaign law banning the broadcast of “electioneering communication” 30 days before a primary, or 60 days before a general election.

Essentially, the Supreme Court found that money is speech, and corporations have free speech rights too.

They want nothing less than unfettered right to lie, & right to spend as much as they want doing it. Back in 1992 they merely complained media was too liberal. Now they’ve got a president who says the media is 'enemy of the people' spreading 'fake news.' "

Judge Beryl A. Howell ruled the FEC's current regulation of such groups, including 501(c) 4 non-profits, fails to uphold the standard Congress intended when it required the disclosure of politically related spending...

The decision paves the way for new requirements that could force nonprofits to disclose donors who give least $200 toward influencing federal elections. (Social-welfare nonprofits such as Crossroads GPS are allowed to spend money on elections so long as it's not their "major purpose.")

In the post Citizens United era, spending by these groups has ballooned, but they have largely avoided having to report individual donors as a result of the FEC's belief that their names only need to be disclosed in limited circumstances."