Protectors of the Law

"The glory of justice and the majesty of law are created not just by the Constitution - nor by the courts - nor by the officers of the law - nor by the lawyers - but by the men and women who constitute our society - who are the protectors of the law as they are themselves protected by the law."
~ Robert Kennedy 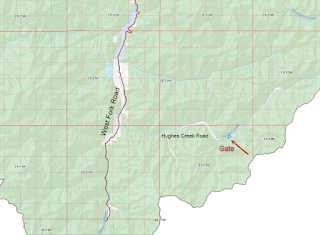 Yesterday, The Montana Supreme Court ruled on the Hughes Creek Road Appeal case. Landowners blocking public access with a locked gate for over 30 years were not content with the decision of the  Ravalli County Commissioners that the evidence clearly showed the road was a public one, leading to the Forest Service, refused the landowners petition to abandon the county road. Landowners were given 120 days (till spring) to removed locked gate. Instead of removing the locked gate, they went to court. The District Court's ruled on behalf of Ravalli County to Dismiss and Lack of Subject Matter. The landowners then appealed to the MT Supreme Court, their attorney trying to divert attention by filing their brief in the form of a theatrical play (a very bad one at that).

The MT Supreme Court ruled:
"Ravalli County's Rule 12 Motions to Dismiss for Lack of Subject Matter Jurisdiction and Failure to State a Claim - We Affirm... The District Court was correct when it granted the County's motion to dismiss. Landowners did not satisfy all factors for claim preclusion and Landowners failed to follow the proper procedure for seeking review of a BOCC's denial of a petition to abandon a county road."

Time to open the gates and let the public back in, restoring public access to our public lands!

Thank you Dave Campbell for sending the court case.

On The Trail with Kathryn QannaYahu podcast 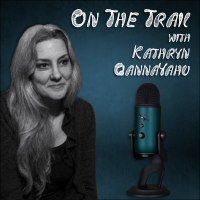 I finally made time to learn several software applications I needed to set up the podcast I have been desiring to launch prior to my accident. On The Trails will be dealing with data trails, researching inconvenient truths; leaving no stone unturned in public access to our public waters and lands controversies; and engaging in the interconnected, tough and timely conversations of open government, citizenship and the always controversial political trails.

Launch of the Introduction episode will be in about a week.

Don Thomas Article Unless we pay attention, access is just a six-letter word, "We’re going to hear a lot about access between now and November, from nearly everyone running for public office. All of us who hunt, fish, hike, or camp need to look beyond the election-season fluff and remember that unless the real issue of legally inaccessible public land is being addressed and real steps are being taken to address it, 'access' is just a six-letter word.

Interior Secretary Being Investigated Interior watchdog opens probe of land deal linking Zinke, Halliburton chairman, "The Interior Department’s internal watchdog has launched a full investigation into a real estate deal involving a foundation established by Ryan Zinke and developers including Halliburton Chairman David Lesar, which was first reported by POLITICO last month, according to a letter the office sent to House Democrats on Wednesday.

The inspector general’s probe will focus on whether Zinke violated conflict of interest laws, the latest official inquiry of Zinke’s activities in his 16 months helming the department."

Gianforte Private Prison Stock Gianforte Bought Private Prison Stock as Trump Immigration Policy Boosted Its Profits,
"The second-richest member of Congress made a six-figure purchase earlier this year of stock in a major private prison company that’s profiting handsomely from increased immigrant detention under Trump administration policy, federal records show.
Rep. Greg Gianforte (R-Montana) bought between $100,001 and $250,000 worth of CoreCivic stock on Jan. 29, according to a transaction report reviewed by TYT. One month earlier, Gianforte had unloaded CoreCivic stock in the same value range. The CoreCivic political action committee donated $1,000 to Gianforte’s campaign on Dec. 12, 2017...CoreCivic operates the only private prison in Montana, the Crossroads Correctional Center. In a public debate over the financial terms, the governor decided not to renew the state’s contract with CoreCivic, which expires next year."

Gianforte's Assault records
My Confidential Criminal Justice Information request from Gallatin County was approved by Judge Holly Brown. I received the documents, photos and audio files the other day. I will be setting up the webpage and uploading them for the public shortly.