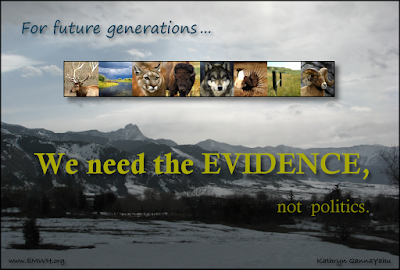 
Hughes Creek Road Public Access - Below is a timeline of the continuing obstruction of our Public Access to our USFS Public Lands in Ravalli County, on the Hughes Creek County Road. Bundy invited by landowners to get involved (Nevada armed standoff w/ BLM & Malheur armed occupation).

9/11/2019 After Bundy is invited into situation by landowners, he writes blog article.


PEER: NEW PARK SERVICE E-BIKE ORDER INVALID - NPS Edict Violates Federal Laws and Misinterprets Interior Directive
"A new National Park Service order allowing electric bicycles on park trails violates several federal laws, according to Public Employees for Environmental Responsibility (PEER) which is threatening to sue any park that implements it. Significantly, the acting NPS Director, who issued the order, did not follow the instructions given by the Secretary of Interior."


More Than 500 Acres of Public Land to Be Used for Border Wall Construction
Theft of our public lands - "The Interior Department is transferring public lands (CA, AZ, NM) to the Pentagon for construction of about 70 miles of border wall, in a move likely to ratchet up controversy over one of the Trump administration’s signature projects. The action by Interior Secretary David Bernhardt moves jurisdiction over about 560 acres currently overseen by the Bureau of Land Management to the U.S. Army, which will use it to construct barriers the president has said will help secure the nation’s southern border against illegal migration."

Hunters who harvest a deer, elk or moose in these areas should stop at a local CWD-sampling check station to have the animal sampled. FWP staff will collect samples and submit them for testing.

Posted by Wildlife Advocacy at 11:45 AM 3 comments: