It's all about the transparency, baby!

"Montana’s populist roots promoted early adoption of statutory 'open records' mandates. Montana’s first open records law was passed six years after statehood in 1895 and guaranteed: Every citizen has a right to inspect and to take a copy of any public writings of this state … (and) every public officer having the custody of a public writing … is bound to give (citizens) on demand a certified copy of it."
The American people deserve to know that their elected leaders play by the exact same rules that they play by and that their lawmakers' only interest is what's best for the country, not their own financial gain.
Read more at: https://www.brainyquote.com/quotes/quotes/k/kirstengil623961.html


The American people deserve to know that their elected leaders play by the exact same rules that they play by and that their lawmakers' only interest is what's best for the country, not their own financial gain. Kirsten Gillibrand
Read more at: https://www.brainyquote.com/quotes/quotes/k/kirstengil623961.html


The American people deserve to know that their elected leaders play by the exact same rules that they play by and that their lawmakers' only interest is what's best for the country, not their own financial gain. Kirsten Gillibrand
Read more at: https://www.brainyquote.com/quotes/quotes/k/kirstengil623961.html" 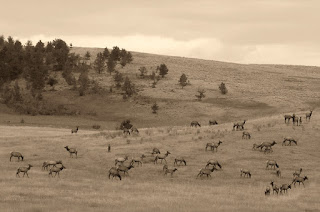 
A meeting has been called, with officials from the executive and legislative branches on a matter, which by law makes it an open meeting – yet, this meeting is anything but “open”.


I have long been an advocate of open government. I read the laws so that I know my rights, the public's rights. And there have been times I have had to print those rights out and take them to meetings or cite them to officials, to make sure our rights are not ignored. For example, my taking audio of public meetings for transparency and accountability. There are no questions or “he said, she said” confusion when audio exists.

There has been ongoing controversy on two storm fronts, which have collided in the Crazy Mountains: public access and over objective elk numbers.

For years I have advocated against shoulder seasons, since FWP is not following their Statewide Elk Management Plan, which they are required to do; nor have they updated it. Part of the issue involves the State's requirement to manage the elk to objective. I will not go into all the finer points of how our state wildlife agency has gotten themselves into this pickle, that can be reviewed here.

I got a call this morning with some interesting information about a meeting being set up.


1. HD 580 (eastside Crazy Mountains) has an elk objective of 975, yet 580's 2017 elk count was 4846. Based on "FWP's Estimated Elk Numbers Assuming 80% of Elk Are Observed" – that would make the elk population about 6058. This is a huge problem to landowners with agriculture to have losses due to the over populated elk and potential property damage, for example fences.

2. One of FWP's season setting public meetings is in Big Timber, Jan. 18th, 7 pm at the library.

3. In Brett French's article in the Billings Gazette, FWP, some commissioners at odds over Montana's extended elk season, FWP Commissioner Dan Vermillion addressed HD 580, "Vermillion pointed to Hunting District 580, on the east side of the Crazy Mountains, as an example of why Montana Fish, Wildlife and Parks should go to a cow-only elk hunt in specific areas. He said elk populations for the district are 200 percent over objective. The objectives are based on landowner tolerance."

4. Chuck Rein is a Crazy Mountain landowner (HD 580); Vice-President of Montana Outfitters and Guides Association; an outfitter that profits from public resources (like antlered bull elk) and public lands; holds a FS outfitting permit in HD 580; a member of the state and local stockgrowers associations; aggressively pursued actions against Yellowstone District Ranger Alex Sienkiewicz for doing his job, following policy on multiple use in the Crazy Mountains, including meeting with officials, bringing Sienkiewicz up to the Stockgrowers meetings, resulting in letters from both the local Crazy Mountain Stockgrowers and Montana Stockgrowers Association to Senator Daines, USFS Chief Tidwell; Rein was also part of a landowner group letter to the same legislator and officials, including USDA Sec. Perdue - resulting in Sienkiewicz' removal and investigation (thankfully, he was reinstated).

So Chuck Rein calls FWP Commissioner Richard Stucker recently (the Ag representative) from Chinook, about the antlerless comment/season setting, to set up a meeting. The meeting is scheduled the day before FWP's public meeting. You might think that if Rein had questions or concerns, he could participate in the public process on the 18th, like everyone else.

A meeting has been set up for Jan. 17, 1:00 pm, at the NRCS Bldg in Big Timber, which I confirmed all these details, calling FWP's Bark Beck and Dan Vermillion.

What is really interesting is who all is invited:


Nathan Anderson – landowner HD 580, also President of the Crazy Mountain Stockgrowers Association and signer to the letters and efforts against FS Sienkiewicz


Rein didn't just suggest that since these people might happen to be in the area for the public meeting on the 18th, let's meet to have a beer and shoot the shit! And why the Legislators, when this isn't a legislative matter?

Now, when you look at Montana open meeting laws, this many Executive branch officials and 2 State legislators (and if any public monies are spent for them to attend) - discussing policy/actions, or conducting business, you have an open meeting, which the public can attend. Montana Open Government Guide states, "Indeed, any time the body meets to hear, discuss, or act on any matter, the meeting is deemed to be open regardless of the matter to be discussed."

This subject involves three issues:
public resources (and their management), and at times public access and public lands - which should be open and transparent.

This meeting smacks of the same Rein maneuvering/alignment he used against Yellowstone District Ranger Sienkiewicz to get him removed.

So what exactly is going on here?

Posted by Wildlife Advocacy at 7:38 PM