"Almost any privatizing special interest will legislate its creed into law
if it acquires the political power to do so."
~ borrowed from Heinline

Yet another special interest letter...

There seems to be no end to the special interest letters from organizations bandying about that PLWA Facebook post, falsely ascribed to Alex Sienkiewicz, former Yellowstone District Ranger. But all roads keep leading back to a handful of the same Crazy Mountain landowners, in key organization positions, promoting these letters.


I love irony, so here's is what I find terribly ironic in this Montana Stockgrowers Association letter with their resolutions:


1. They open with the statement, "While Mr. Sienkiewicz may have a law degree, a search of the State Bar of Montana website reveals that he is not licensed to practice law in Montana. Yet, as you can see on the post, he is continuing to provide legal advice, in the name of the Forest Service..."

Yes, Sienkiewicz received a law degree from the University of Montana, but he doesn't need that to back up his directions to his leadership teams and seasonal workers because the Forest Service policy and Office of General Council (legal) have already done that, as shown by my FOIA documents.


2. In their desperate attempt at a "gotcha" moment, with which to hang Alex Sienkiewicz, they propagate the false allegation that he not only posted to Public Land/Water Association's Facebook page, but provided them with "legal advice". He did neither. No branch of the Montana Stockgrowers Association bothered to verify any of their assumptions before making them official and submitting them on the Federal public record. Screenshot of the administrative PLWA Facebook page showing the poster - NOT Sienkiewicz.

3. They falsely claim that Sienkiewicz's following and advocating FS policy on behalf of the public landowners they manage for, has "alienated landowners" and invited "vigilante action against landowners". They disingenuously state his actions were extremely "unprofessional", strongly suggesting he be reprimanded, "cease his covert and heavy-handed attempts to undermine property rights." Talk about projection!

Vigilante is defined as a member of a self-appointed group of citizens who undertake law enforcement in their community without legal authority. These Montana Stockgrowers Association landowners have illegally blocked access from the public to our federally managed public lands, alienating the public and the Forest Service, which has repeatedly tried to peacefully manage for multiple use and negotiate with these landowners for resolution. The MSGA have unprofessionally used a false allegation not vetted, to covertly and heavy-handedly undermine our public property rights.

4. The MSGA then claims of these access routes, "whether roads or trails, were never Forest Service 'public' access routes."

I give you two shots from Forest Service maps below of the Crazy Mountains, from 1937 and 1925 showing the public access trail system which has been "covertly" and "heavy-handedly" undermined against the public for DECADES, by privatizing certain privatizing landowners.

The various branches of the Montana Stockgrowers Associations involved, proceed to sound all legalese with their resolutions, which you can suffer to read for yourself. Understand, when they demand these actions by the Forest Service, such as deleting all trails and roads or portions thereof from future USFS and BLM published maps, they are not just talking about the Crazy Mountains, this is a nationwide machination to steal our public access to our public lands across the whole of the United States... and they are using Alex Sienkiewicz and that bullshit allegation Facebook post as their springboard excuse.

I see a cathartic editorial cartoon in this... the Facebook post that launched a 1000 sheeps and cattle...  ;)

And if you are so inclined to send a public comment to MSGA about their covert, heavy-handed and unprofessional undermining of a federal employee, Alex Sienkiewicz, and our public land rights, Bryan Mussard is the current President of the Montana Stockgrowers Association. MSGA : bryanmussard@hotmail.com        (406) 442--3420 and Errol Rice is the Executive Vice-President: errol@mtbeef.org 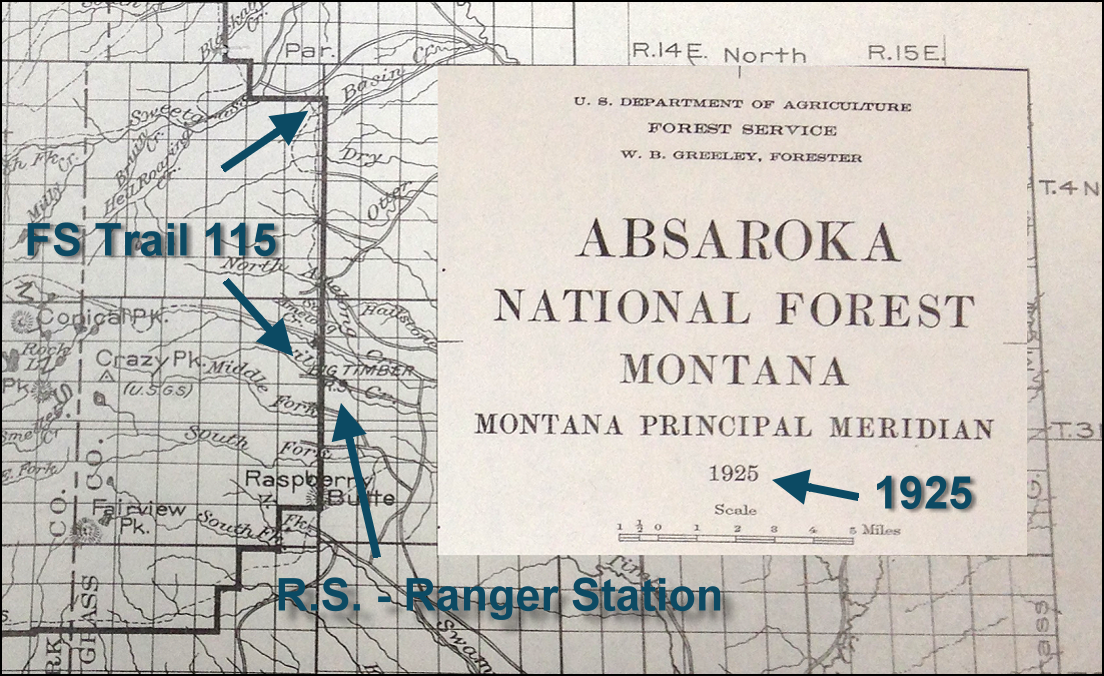 Representative Greg Gianforte, 1419 Longworth HOB, Washington, DC 20515 (202) 225-3211
greg.gianforte@mail.house.gov  (you can try this, this is the one his office gave me, but mine keep coming back unable to deliver. For a technology guy, you would think he would have a functioning email address)