On the Record, Visually

"It is horrifying that we have to fight our own government to save the environment. "
~ Ansel Adams 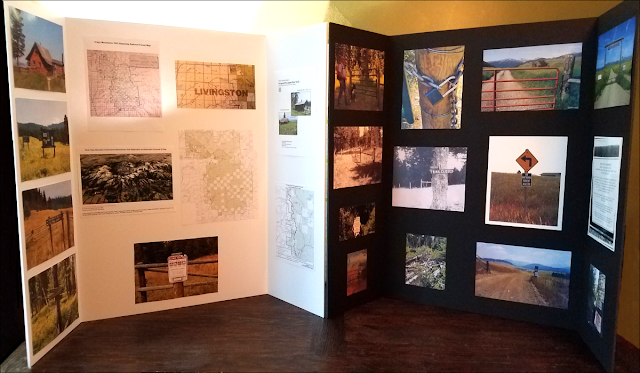 A quick note, at the last EQC meeting, former senator John Brenden (and brother-in-law to Crazy Mountain outfitting landowner Chuck Rein), now a general member of the public on the committee, requested that the Committee schedule Terry Anderson, of PERC, to speak before the EQC on public access issues in the Crazy Mountains.

The EQC agenda is now available and Anderson is scheduled to speak during the Public Access portion of the meeting, Thursday, March 22.

If you value public access to your public lands, please join us at the EQC meeting, in Helena, State Capitol, Room 172. Schedule times are approximate, I always like to get there at least an hour before, in case they are running quicker. Public Comment will be taken and become part of the public record.


On March 13, 2018, Friends of the Crazy Mountains (FOCM) and Enhancing Montana's Wildlife & Habitat (EMWH) hosted a public meeting to share information with the public, which we feel has been missing in this process thus far. There were about 80-90 people in attendance, some seated and some standing in the back (that was where we set all the food up at ;) ).

We video recorded the meeting for the interested public that could not make it, as well as to combat the misinformation campaign being promoted by certain groups and individuals. The meeting was recorded on 3 - 45 minute tapes. As the meeting ran longer, the video did not capture some of the ending public comments or questions, such as Crazy Mountains landowner Shaun Jones, who expressed concern over the Forest Service/Zimmerman trail relocation proposal not including motorized access, while the current Trail #267 includes snowmobile, mountain bike and motorcycle. I only edited to stitch together the 9 video segments (3 per tape), as I received it, except some of the attorney presentation for brevity, retaining the specifics of prescriptive easements.

Since my laptop video memory started degrading the visual at the end of the proposed trail video presentation, from running a number of programs, and the video tours were harder to see on film, I decided to additionally render each flyover trail segment, as their own videos, linked on the documentation page (sorry, my mic broke and the ordered one would not arrive in time to narrate the video segments). On the proposed trail video, I begin the video in a flat view, similar to the FS map of the proposed trail, so that you will see the comparison, before the video expands to become 3D.

Trail #195 is also shown, as it is depicted on the old 1925 and 1937 maps, as one continuous road, part of which is now called the North Fork of Elk Creek Road and involves a half section of State School Trust Land. I have been in discussions with DNRC Access Specialist Ryan Weiss about the easements and deeds we have in the connecting sections. Part of my question about public access through that half section, is because reports of the hunting club using that road, as people have done for decades before. 195 is also shown because of the necessary switchbacks on trails as they ascend/descend steep terrain, because there is a lot of that in the proposed trail and I believe, after talking with civil engineers, that the current lines on the map for the proposed trail, which is listed as approximately 8 miles, will turn out to be longer when switchbacks are factored in.


I explain about my Railroad grant deeds and the right-of-way research I have been mapping, as well as the Fuel Tax, "Roads Open To Public Travel" routes that lead right into the Forest boundary, which I also have Railroad deeds with public access on.


Before you allow the Forest Service PUBLIC land managers to abandon your rights, historic and deeded, or to proceed without the legally required NEPA, that requires government agencies to consider the environmental impacts of various types of development projects, please check out the videos and documentation.


If you have any questions, please feel free to call or email.


After reviewing, we hope you will take time to submit a public comment on this historic trail obliteration and relocation proposal, to the Forest Service. We need the legal NEPA process, not this railroaded categorical exclusion the FS has stated they are doing. This non-motorized proposal would give away not only motorized access, our historic prescriptive easement rights, but also ignores our deeded easements and right-of-ways.

https://www.fs.usda.gov/project/?project=53388
Written comments must be submitted via mail, fax, or in person (Monday through Friday, 8:00 a.m. to 4:30 p.m., excluding holidays) to: Mary Erickson Forest Supervisor, ATTN: Chad Benson, PO Box 130, Bozeman, MT 59771. Electronic comments including attachments can be submitted to:
https://cara.ecosystem-management.org/Public//CommentInput?Project=53388
Formats that will be accepted for electronically submitted comments are: Word, PDF, and/or Excel.

Posted by Wildlife Advocacy at 10:10 AM